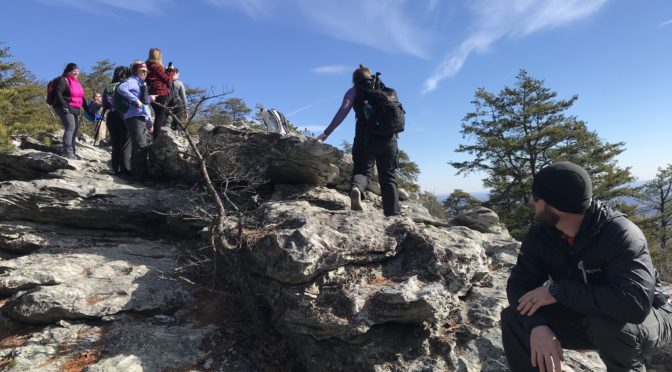 Maybe our maps no longer include large swaths of land marked “terra incognita” or “dragons be here,” but does that mean there are no true adventures left to be had — on Earth, at least?

Granted, there may be no more Severnaya Zemlyas (“a harsh archipelago of polar desert off the coast of Siberia, discovered in 1913 and not fully explored until 1930”), but that doesn’t mean that true adventure is dead. Make that “true adventure to you.”

Face it, the odds of you ever exploring a spot such as Severnaya Zemlyas are slim to begin with. Even some of the world’s more remote and less-explored spots — the Faroe Islands, say, or Mongolia — are likely beyond your realm of pragmatic possibility. Or interest.

But that doesn’t mean there aren’t true adventures closer to home. Maybe not places that haven’t been discovered, period, but places off the beaten path (in our case, the blazed trail) that see very little human activity. Places close to where you live, even.

Last year, we launched our Winter Wild series of monthly Saturday adventures. “Winter” because we only do them in winter because of the “Wild” — most of these hikes are off-trail. Either completely off trail or on long-abandoned roadbeds that nature is reclaiming. We may use a trail to start, but before long, usually within a mile or two, we are venturing into what most of us will readily embrace as being wild. A place that was discovered at some point, but a place that sees few people today.

Here’s where we’re headed in year two of our Winter Wild adventures, and what wildness they have in store.

Eno Wilderness, Eno River State Park, Durham. Saturday, November 23. Much of the 4,000-acre Eno River State Park lies along its namesake river. It’s the result of a successful grass-roots effort launched in the 1960s to stop a dam, an effort that continues today as an effort to protect this popular watershed. An anomaly to the park’s river-based growth is the 820-acre Eno Wilderness Tract, added to the park following its purchase in 2004 by the Eno River Association. Though the tract protects numerous Eno tributaries, very little of the tract actually borders the Eno. Rather, it reaches inland and includes some of the highest “peaks” in the park (some top 700 feet!). Those raw summits are the focus of this “wilderness” hike.

Lower Haw River State Natural Area, Bynum. Saturday, December 21. North Carolina State Parks has 23 “state natural areas,” areas intended to “preserve and protect areas of scientific, aesthetic, or ecological value.” You may have heard of a couple: Occoneechee Mountain State Natural Area in Hillsborough, Weymouth Woods Sandhills Nature Preserve in Southern Pines. Most, you probably haven’t, including the narrow strips of riverfront property running along both banks of the Haw River from Bynum south to Jordan Lake. This 1,025-acre state natural area doesn’t stray much more than a half mile from the river; with the sense of isolation it offers it might as well be 100 miles. Stretches of mature floodplain forest are boxed in by rock outcrops that bump up against the river. Two unbridged tributaries add to the wild challenge of this hike.

Falls Lake / Butner Gamelands, Falls Lake State Recreation Area, Creedmore. Saturday, January 11.  If you’ve experienced Falls Lake, it’s likely been either via the Mountains-to-Sea Trail, which hugs 60 miles of the lake’s southern shore, or via one of the beaches or marinas along its main channel. In short, you’ve likely explored the lake’s civilized side. But head north, into the lake’s northernmost reaches in northern Durham and Granville counties, and the lake is less Piedmont, more coastal plain, with open wetlands playing home to a variety of overwintering waterfowl. Maintained gravel roads open only to official vehicles make getting around easier than you might expect. Lots of wildlife viewing opportunities here, as well as the chance to take a long winter stroll through a stark landscape.

Hanging Rock State Park, Danbury. Saturday February 22. There’s a little of everything on this hike. First, we scale the park’s iconic outcrop. Then, instead of heading back the way we — and the masses — came, we veer off  and continue east on the ridge that constitutes the easternmost run of the 30-mile long Sauratown Mountain range, a relic mountain chain that rises 1,800 feet above the surrounding countryside. We explore this area, part of a recent 900-acre addition to the park, including a drop down into the Mill Creek area, where rocky outcrops are replaced by open grasslands.

Umstead State Park, Raleigh. Saturday March 14. If you know where to look, a visit to Umstead is a visit into a past rapidly being erased by the advances of nature. Up until the early 1930s, the 5,600 acres comprising Umstead were mostly farmland on the outskirts of the state capital. Dirt roads linked the small farms with mills and local centers of commerce. When someone died here, they were buried here (there are five cemeteries in the park). When the federal government began buying out local farmers during the Depression, that land went fallow. Wild grasses soon took over, followed by red cedars and a succession of pines, then hardwoods. Today, nearly 90 years of nature reclaiming the land has erased much of the park’s human past. Much, but not all. It’s those remnants of the past that we go in search of on this 6- to 8-mile hike.

You may never make it to Severnaya Zemlyas. But you can hike the remote peaks of the Eno Wilderness.

Our GetHiking! Winter Wild: Discover New Adventures Where You Most Love to Hike begins Saturday Nov. 23 in the Eno Wildnerness of Eno River State Park. Sign up for the entire five-hike series, or for specific hikes. Learn more and sign up here.