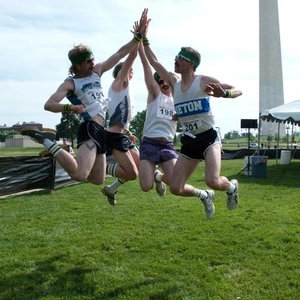 Benefit the land this weekend with ride at the coast or a hike in the mountains, benefit yourself with a crazy 5K scavenger hunt in Charlotte.

You don’t get many chances to take a group ride at the coast, so when you do it’s wise to act. Saturday is one such chance, when the N.C. Coastal Federation holds its Cycle for the Coast fund raiser. Ride options of 20K, 40K and 80K are available, on a route that takes in Emerald Isle, Salter Path, Indian Beach, Pine Knoll Shores and Atlantic Beach along bike-friendly NC 58. read more

I realized a few weeks back when I went to find a picture of Hanging Rock State Park in my computer archive that it had been a while since I’d paid a visit. The reason: I didn’t have a Hanging Rock file, let alone a single photo of the photogenic state park north of the Triad. Because I always take my camera when I hit the trail, that meant I hadn’t been to Hanging Rock since my dark PC days — at least five years ago. (Re: “the dark PC days” — The first/last PC I’ve had ate my photo library not long after my “100 Classic Hikes in North Carolina” came out in 2007. Shame on me, yes, for not backing up. But shame on the PC for having such a convoluted and vulnerable system. Rant over; moving on … .) read more 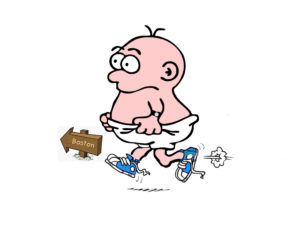 There’s a nice cross-section of events going on this Labor Day weekend, from a 5K in Wilmington to a paddle in Charlotte to hiking in the high country.

September kicks off the fall running season in North Carolina, and they’ll be kicking it off in Wilmington with the March of Dimes 5K Run for Healthier Babies. GGNC is particularly fond of this race because in addition to the 5K ($30 race day) and Family 1-Mile Run/Walk ($10), they also have the Sleep Walk/Sleep In category — don’t show at all, contribute $25 to a good cause and you still get a nifty race T-shirt. Zs rule! read more

Traditionally in hiking circles (my hiking circle, at least), Labor Day marks the end of summer and the start of the fall hiking season. It may technically still be summer (fall doesn’t officially arrive until 5:05 a.m. on September 23) and the temperatures may not typically drop noticeably (though they will this week) but in our minds, it’s fall. School is in, football has started — lace up the Vasques and let’s go. read more