Moving is good. Learning something while you’re on the move is even better. This weekend is a good one for learning on the move.

For many, the key to getting active is to resist the urge to overindulge at the start and expect immediate results. That’s why so many New Year’s resolutions go kaput before January is over: you expect to become Charles (or Charlene) Atlas in just two weeks. read more

Show dad how much he means to you by taking him into the great outdoors.

So many mysteries contained in Merchants Millpond, the nearly 200-year-old, 760-acre water assemblage that spreads throughout the State Park bearing its name. Is it a pond or a swamp (sure seems like the latter)? What are those weird, prehistoric fish you occasionally see near the surface? Are there alligators? read more 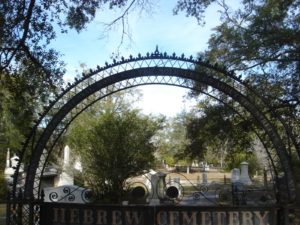 What’s better than probing a cemetery on a hot summer night? Hiking the base of Pilot Mountain, perhaps? Or maybe a triathlon of the sprint variety. You’ve got options this weekend.

It’s every kid’s perfect summer night: wait until sunset, then grab a flashlight and wander through the local cemetery. A rite of youth fraught with the forbidden: sneaking out after dark, trespassing, cavorting among the dead … . No wonder it was a highlight of being a kid. read more

The heat, as Glenn Frey once declared, is on. Temperatures this weekend could hit triple digits, meaning one of two things for the outdoor inclined: play on the water or play during the cool of the night.

A mellow organized ride in Wilmington shuns the hammerhead drama of most such events; if you’re late for Sunday’s hike at Pilot Mountain, no problem — another will come along; and if there was ever a good reason to run a 5K, what could be better than a falafel-bearing t-shirt? read more