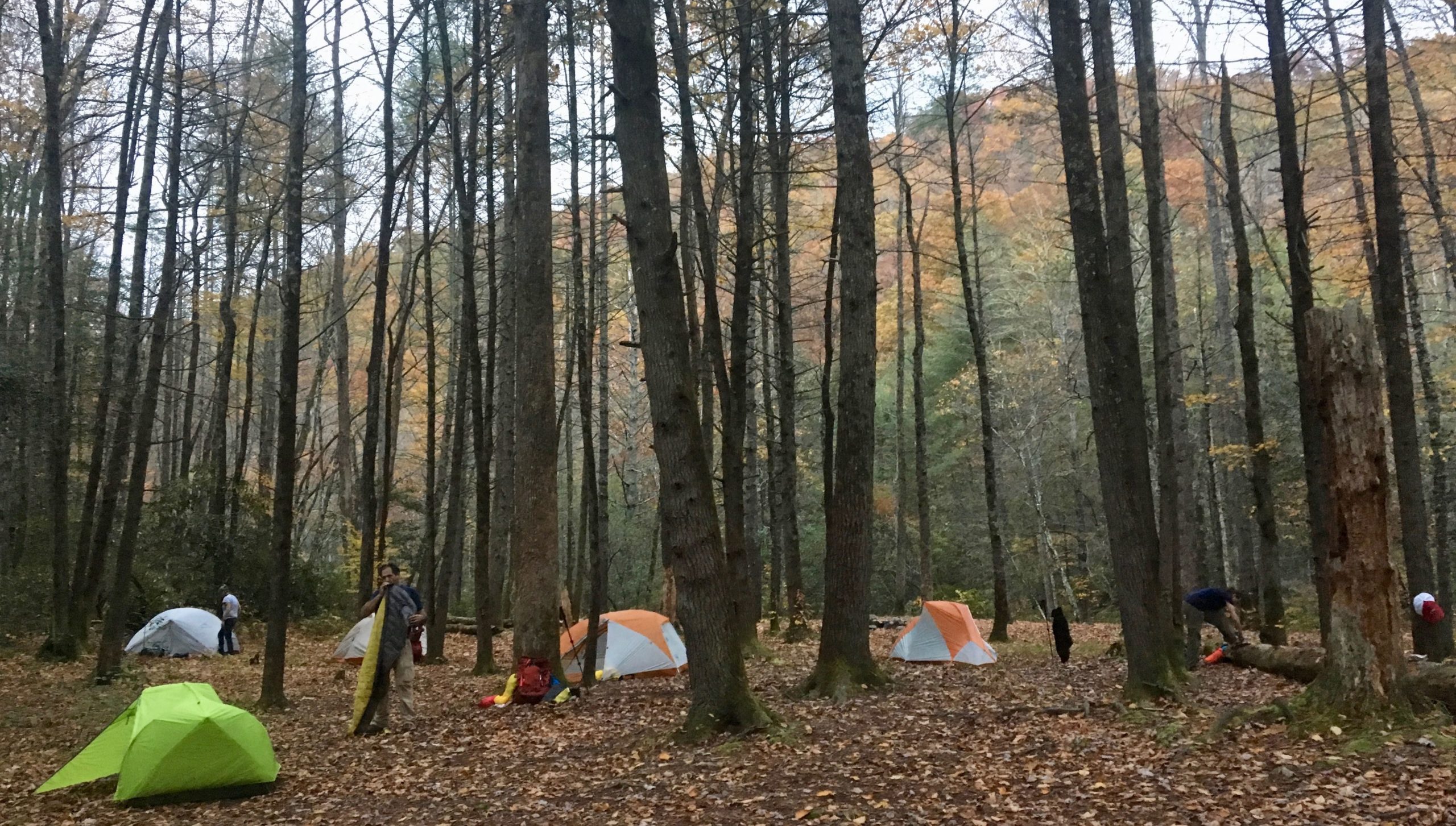 “Well, I learned something new on this trip,” Cat said as she watched Brandon hoist his backpack to his bent knee before pausing to swing it onto his back.

“That’s the thing about backpacking,” I said. “Every trip, you learn new things.”

And that’s one of the things about backpacking that I love: It’s one of the least static activities you can do. You’re constantly evolving.

On this trip this past weekend, education was the overt goal: specifically, learning how to backpack solo. There was a classroom session where we went over everything from redundancy to the fact a raccoon outside your tent can sound bigger than Sasquatch, there were handouts. Then, this past weekend we spread the hikers out over a 1.5-mile stretch of trail and let them fend, for the night, on their own. Some of the lessons learned from that exercise.

There were other lessons not in the curriculum learned during this weekend escape as well:

And never, ever assume that just because you’ve done this a time or two that you can’t learn something as well. Like, be sure to read the fine print.

A key premise of this GetBackpacking! Going Solo class was to encourage independence, but to let the participants know they had support if something went awry. To that end, I came up with the brilliant idea of giving each camper a battery-powered glow stick to hang at their camp. “Switch it to solid if you’re fine, to flashing if you need help,” I informed each backpacker as I dropped them off for the night. “I’ll be by around 7:30 this evening to check.”

When I began my rounds that evening, I was chagrinned to see that not one of the glow sticks was lit. As I returned to camp and climbed into my tent, it struck me as odd that not one person had remembered to activate their stick.

The next morning as we regrouped, I mentioned this to the assembled. “Oh, we turned ‘em on,” Brandon said. “They turn off automatically after 10 minutes.”