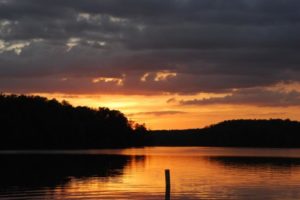 Today is the first full day of winter (it officially kicked in last night at 11 minutes before midnight). Ironically, for those of us who live to be outside, the winter solstice sets off a round of brooding over short days and long, long nights.
In fact, the winter solstice marks a turning point that should have the sun worshipers among us rejoicing. Starting today, we start to gain back vital sunlight, seconds a day at first, then, starting January 11, minutes. (In fact, we’ve already been gaining sunlight at day’s end since Dec. 7.) Whereas sunset today is at 5:05 p.m., on January 11, it will set at 5:20 p.m., at 5:52 p.m. on February 11, and at 6:19 p.m. on March 11. Two days later, on March 13, Daylight Savings Time kicks in, at which point we’re back to slipping out early for an after work adventure. (To further follow the sun’s return, check out this site, which includes a countdown clock to the summer solstice.)
Even though it’s the first full day of winter, there’s growing light at the end of the tunnel.