If you love fall, you’ll adore this weekend.

After a little rain on Friday, the skies clear, the temperatures drop and it’s fall again. Look for a temperature when you wake up Saturday in the upper 30s, look for daytime highs both days in the 60s, look for lots of sunshine. And look for something that’s starting to reappear after a long hiatus: programs at North Carolina State Parks.  read more 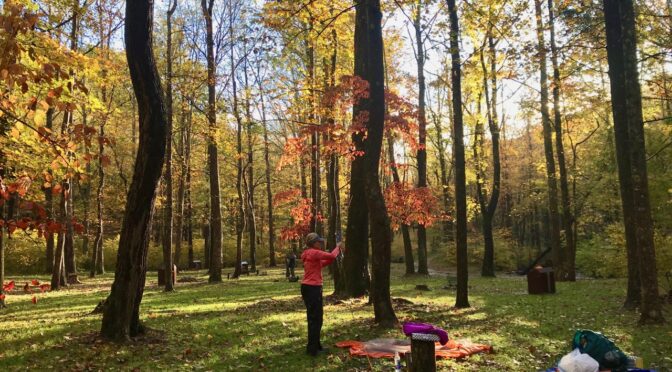 If you get the urge to check out fall color in the next couple of weekends, a bit of advice:

Don’t go where the leaf peeping experts say to go.

Their advice gravitates to the easily accessible go-to color hotspots, mostly along the easily accessed Blue Ridge Parkway: Graveyard Fields, Rough Ridge, Price Lake … . Sure, photos taken within the past few days scream chamber-of-commerce-certified color, but they’re screaming it to the tens of thousands of others looking for a quick autumn fix. A fix that can be had without venturing too far from the car. With a classic fall forecast for this weekend, expect those hotspots to be just that in more ways than one. read more 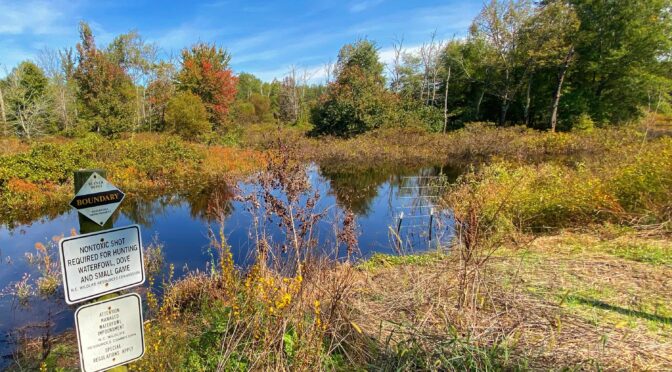 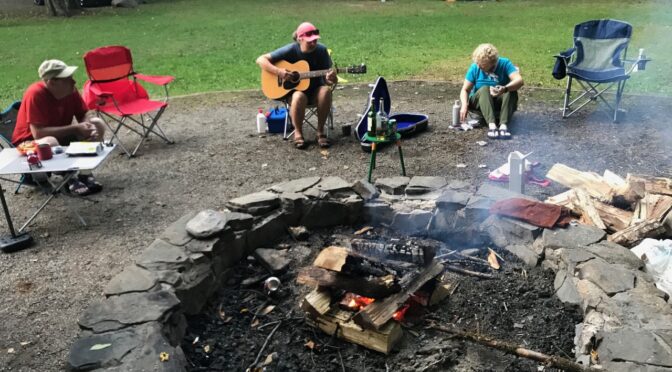 I’ve spent the day hiking with a group, especially on a gorgeous fall day, only to have the hike draw to a close and at least one hiker bemoan the fact they had to abandon the woods and head home.

No you don’t, I’d say. Camp and stay the night!

Inevitably, a series of weak excuses would follow. I don’t want to carry all that gear. I don’t like sleeping on the ground and being uncomfortable. I don’t even have the gear. read more