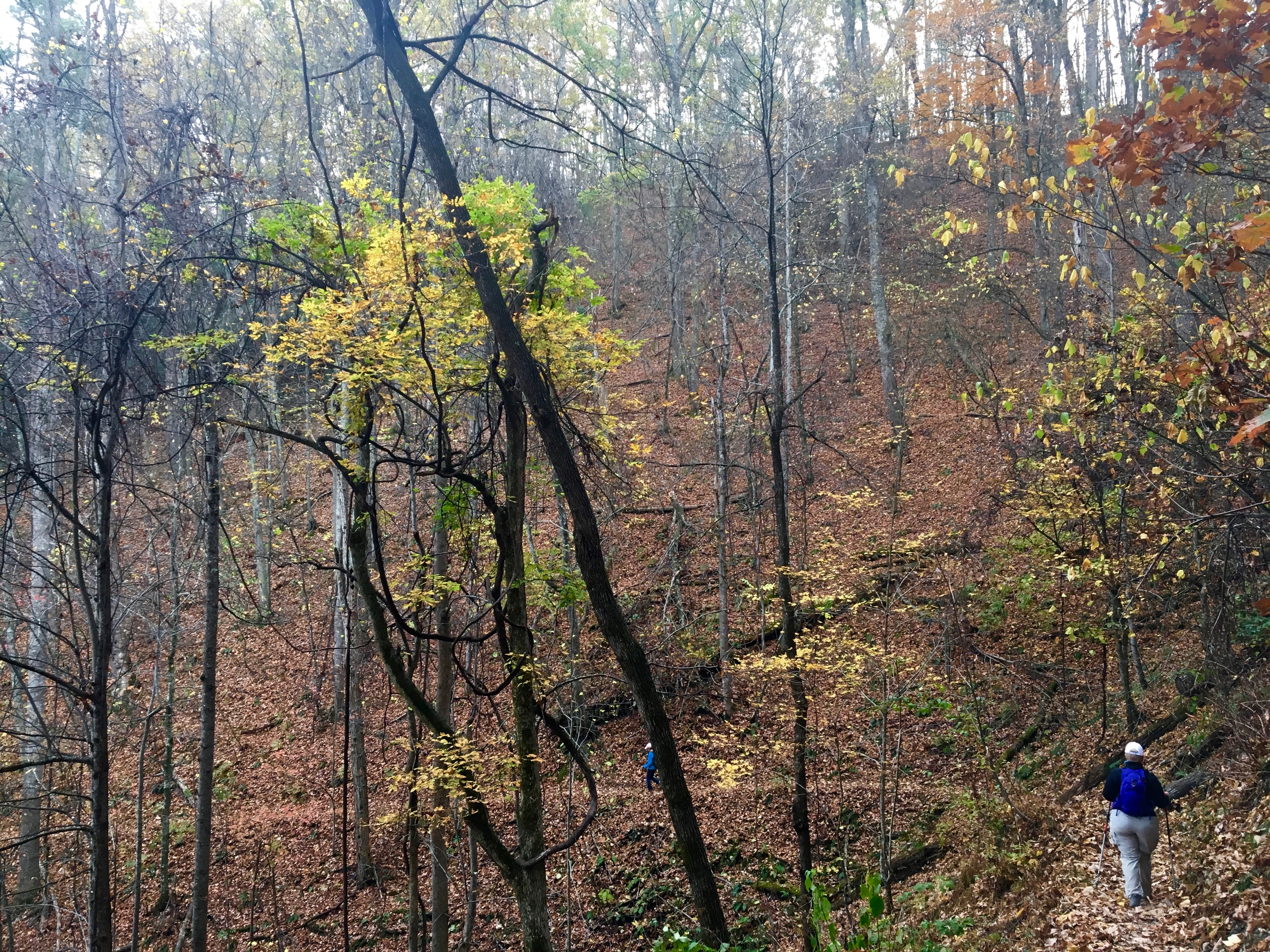 We like to ward off the beginning of the work-week blues with a thought about life outdoors.

At the start of our Hike NC! hikes, I ask, “How many of you have hiked before?” An appropriate question considering the program, launched this fall, is aimed at getting newcomers on the trail.

Maybe half say they’ve hiked some, the rest often say that they “walk” — “walk” typically meaning they walk for exercise: around their neighborhood, at a local park, on a nearby greenway. I’ve long thought that the difference between a walk and a hike is that the former occurs on pavement, the latter on good ol’ terra firma. A simple distinction. Too simple, according to Robert Moor.

Moor is the author of the just-published “On Trails: An Exploration,” a surprisingly in-depth look at the history of trails. Surprisingly, I say, because Moor traces the evolution of trails back not to the paths of hunter-gatherers, not to the trails of the game they hunted, but rather to fossilized trails dating back more than a half billion years, trails “thought to be left behind by organisms of the Edicaran biota, the planet’s earliest known forms of life.”

As Moor entertainingly documents throughout, we and our animal brethren have been leaving trails, for a variety of reasons, ever since we became mobile. It’s only been within the past 300 years or so, writes Moor, that modern “hiking” was invented by “nature-starved urbanites.” That we still are challenged to define what is a hike shouldn’t surprise. Moor writes that the term took a century to catch up with the activity: the notion of a hike being “to walk for pleasure in the woods” only dates back 200 years. Before that, it meant “‘to sneak” and ‘to schlep’.” “The command to ‘take a hike!’ (as in, ‘scram!’) is a remnant of this older meaning,” Moore notes.

According to an informal survey of his hiking friends, Moor writes, a hike “must be both remote and reachable; it must be devoid of enemies or bandits, but also free of too many tourists or technology; and, most important, it must be deemed worth exploring — which is to say, people must have first learned how to derive worth from it, be it aesthetic or aerobic.” Also, you can’t “hike” on land that you own: apologies to those of you who bought 20 acres in the country thinking you’d have your own loop to “hike” every morning. (I should note that the idea for “On Trails” came to Moor during his thru-hike of the Appalachian Trail in 2009; he and, presumably, his hiking friends. approach the topic from a practical as well as philosophical viewpoint.)

This definition is easy to quibble. Umstead State Park, 5,600 acres in the midst of 2 million people, is hardly remote, but I stand by the claim that what I do there two or three times a week is hike. And if you subscribe to the notion that we, the American people, own our national parks and forests, then our options for taking a “hike’ by this definition diminish considerably.

I’m inclined to stick with my definition. While a greenway ramble can certainly be aesthetically pleasing, even remote to a degree, their paved nature invites technology (count the number of walkers/runners/bikers tethered to a smart phone the next time you’re out) and a greater number of “tourists,” in the form of folks who feel civilized and safe on macadam, but would be tentative and anxious making direct contact with naked earth.

Perhaps I am being simple, but I know immediately when I’m on a hike: when Mother Earth gently gives under foot — and occasionally trips me up with her rocks and roots.

What’s the difference between a walk and a hike to you? Send us a short (no more than 100 words) definition of what you consider to be a hike. We’ll run some of your more insightful/amusing thoughts next week: the one that tickles our fancy most earns its submitter a $25 gift card to Great Outdoor Provision Co. Submit to joe@getgoingnc.com. Deadline for submissions is 5 p.m. Friday, Dec. 2.

A hike (as opposed to a walk)?