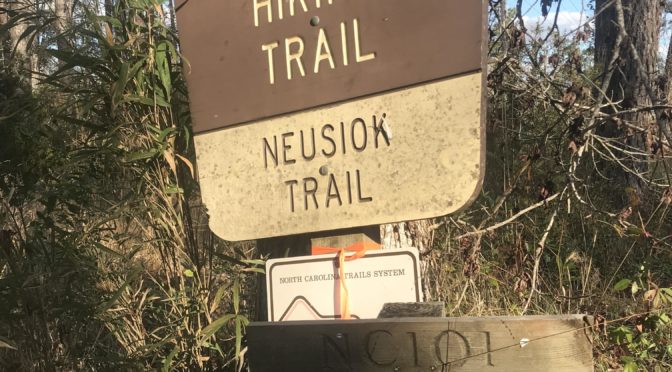 For some places that we love to explore, if a leaf falls, you’ll find out about it. Linville Gorge, for instance. For years, we’ve had linvillegorge.net, which has been the go-to source for any kind of trip planning information, from when you need a camping permit to where you can camp, to the best option for a three-day trip (find all of that here, btw). For breaking news, closures, and what the gorge looks like right now, the Linville Gorge Facebook Group is at least one reason to stick with Facebook.

There are many other places, though, where information is not so readily available. Crowd sourced trails sites, such as alltrails.com and REI’s hikingproject.com, do a pretty good job of covering the most popular trails. But for most trails, especially on public lands, current trail conditions can be hard to find. A prime example: our National Forest trails.

Now, we love our National Forests — Croatan, Pisgah, Nantahala and Uwharrie in North Carolina, George Washington and Thomas Jefferson in Virginia — and while they do a good job of posting closures on their respective websites, that’s about the extent of their communicativeness. And let us make clear that this isn’t a knock against the U.S. Forest Service: they do a remarkable job stewarding the 193 million acres of national grasslands and forest under their purview, especially considering their stagnant budget. Still, finding information on a trail can be significantly harder than hiking it.

The mystery of the Neusiok Trail

Which brings us to the Neusiok Trail in the Croatan National Forest.

On September 14, 2018, Hurricane Florence swept through Eastern North Carolina, dropping as much as two feet of rain on the 160,000-acre forest and causing $17 million in damage. Fortunately, the damage was to the forest’s built infrastructure. “What failed were all of the man-made things, but the forest’s ecosystem is in good shape,” Ron Hudson, Croatan National Forest district ranger, told Jack Igleman with the Carolina Public Press last year. With limited funds and widespread damage, it was uncertain how quickly the Croatan’s recreational resources could be reopened. On the up side, the 11-mile Weetok Trail on the forest’s west side reopened within weeks. Then there’s the more popular 21.5-mile Neusiok Trail, which runs from the Pine Cliffs Recreation Area on the south shore of the mile-wide Neuse River southeast to Oyster Point on the Newport River, which remains partially closed.

Since we have a backpacking trip planned on the Neusiok in March, I was particularly interested in when the the 7 miles from from NC 306 to Pine Cliff might reopen. So I went to the Croatan Tuesday to check it out.

Hiking boots on the ground

Ever since Florence blew through, speculation and rumors about the trail’s reopening have been rampant. It was about to reopen, we heard, it would never reopen, we also heard, because of the massive damage. My track record for getting information from the District Ranger’s office in Havelock has been dismal; rather, I rely on three other sources connected to the trail:

I drove to Havelock, headed east on NC 101, then north on NC 306. First stop: the Pine Cliff Recreation Area on SR 1732. First roadblock: about a mile shy of Pine Cliff, on SR 1732. It was there that I discovered a massive gravel parking lot that was the trailhead for the Pine Cliff equestrian trails. And these trails were open.

If you’ve hiked the Neusiok north of NC 306, you’ve likely seen trees blazed with yellow, blue and/or red markers. These mark the horse trails, of which little information is available on the Croatan site, but that a site called horsetraildirectory.com says totals 13 miles.

There was no indication that the Neusiok was closed, and, indeed, if you headed east on the trail it appeared to have seen a fair amount of recent traffic. (West was a different matter: the trail was covered with soft, un-matted pine straw.) I made a note of the connection on my GPS and headed back to the car, then drove south on NC 306 to where the Neusiok crosses.

Here, the trail was obviously open to the east. But to the west, blue-and-white checked ribbon blocked entrance. A bureaucratically worded Order dated October 25, 2019, indicated the trail was still closed. I also noticed that this particular Order (Number 08-11-08-19-028) was effective until February 25, 2020. Meaning not that the trail might reopen on February 25, but simply that another Order might be reissued extending the closure.

I thought back to a hike we’d done on the Weetock Trail in December 2018, when the trail had been officially reopened, but a similar proclamation and Do-Not-Cross ribbon had yet to be removed. I thought about the pristine — and open — horse trails I’d been on earlier, and about the obvious Neusiok/Red Horse Trail connection about 2 miles up the way. I thought about the unspecified penalty for ignoring what might or might not be an active official Order. And, in the end, I decided to look for a work-around.

And I found one, a pretty easy one that shortens our trip from 21.5 miles to about 17, but still gives us a good two nights and two and a half days on the trail.

And who knows, by the time February 25 rolls around the Neusiok Trail, after 526 days, may finally be completely reopened.

Or find out for yourself

Can’t wait to find hear word of whether the Neusiok Trail is completely open? Then join us on our March 6-8 GetBackpacking! Trip on the Neusiok. Learn more about the trip and sign up here.