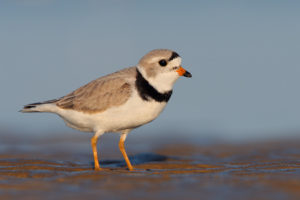 Learn your shorebirds at the coast, learn your wildflowers in the mountains. Meanwhile, in the Piedmont you can learn a new stretch of trail.

Friday morning, our friends at the North Carolina Coastal Federation, along with Wrightsville Beach Scenic Tours, are conducting a Coastal Birding Cruise. The one-hour boat ride, aboard The Shamrock, will explore the marsh and backwaters around Wrightsville Beach searching for shorebirds, from the pelican and black skimmer to (hopefully) the endangered piping plover (pictured). Guides will explain the area’s ecology as well. A great way to learn more about an area you may visit frequently, but likely don’t know well. read more 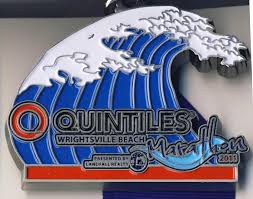 Run a distance that suits you at the coast, try something new in the mountains. And in the Piedmont/Lace up and grab your pencil/For some trail magic.

What the heck, it’s flat: why not do a half marathon — or a full! — at the coast this weekend? read more 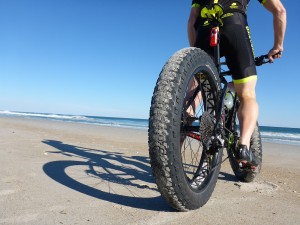 I’ll remember my three hikes over the weekend as such: long stretches of brown interrupted by flashes of the wrong kind of green, the less frequent wrong patches of white and one inspiring — but again, wrong — flash of yellow.
My objective on the trail this past weekend? Find signs of spring.
Ambitious, considering snow, ice and cold had dominated late winter until early last week. Then one 75 degree day, another in the 60s and — consarn it! — where’s spring? According to Carrboro naturalist Dave Cook and his “The Piedmont Almanac,” as early as the third week of February, “the first trout lilies and spring beauties might adventurously bloom” on slopes with southern exposures. By this, the second week of March, Cook writes, we should expect to see trout lilies in their “full glory.” Cook offers a caveat: your results may vary depending upon the weather.
Since second grade, I’ve avidly watched for the first signs of spring, though the cues have changed over the years. Beginning in early February I would rush home after school to rip open the sports section of The Denver Post, then an afternoon paper, and look for the first box score of spring training. Just seeing the early at-bats of Harmon Killebrew and Moose Skowran made me feel 10 read more