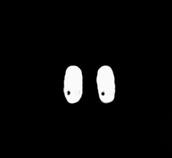 We were on a post-sundown training hike for the Ultimate Hike last month when a beam  of bright light began gaining on us from behind. I turned and saw two headlights bearing down on us, still maybe 75 yards down the road.

“I’ll do the talking,” I said, since I was the hike leader and since I may have forgotten to mention to my fellow hikers that, technically, we were trespassing. We were hiking on a gravel road in a local forest where — again, “technically” — the gates close at sunset. I quickly relied this information to my hikers — then we waited a surprisingly long time for the two beams of light to reach us. When they did, they split, passed us on either side, and continued on their technically illegal way. It wasn’t a park ranger on patrol in a pickup; it was a pair of mountain bikers. read more

But then, on this morning I wasn’t going about my usual morning routine. read more

An hour or so into the hike, the lightbulb went on for Alan. “Now this looks familiar.”

The problem up until now? We’d been hiking in the daylight.

Alan Nechemias and I had probably hiked this stretch of the Mountains-to-Sea Trail along Falls Lake — sections 10 and 9 — a couple dozen times over the past three years. But we could only recall hiking it once in daylight. The other times had been under conditions much like this: cool to cold late fall and winter nights once the sun had long since set. read more