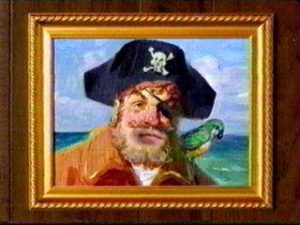 Live the pyrate life, learn tennis, lift your way to a 5K PR in Black Mountain … .

This weekend’s Beaufort Pyrate Invasion may not, at first blush, seem to be about being active. Not “The Hysterically Correct Pirate Show” Saturday at noon, not the pirate invasion at 1:30, not necessarily the trial and hanging at 3 p.m. and probably not the Party with the Pirates from 5 p.m. to 10 p.m. featuring BBQ and grog. But, the events, which begin Friday at 4 p.m. when the pirates come ashore, are at different locations, which means you’ll end up doing a lot of walking, and as we all know, walking is good for you (provided you keep to a minimum the walks to and from the BBQ and grog table). read more

Saturday morning I woke up and immediately realized two things: One, I’d slept really well, since it was more than an hour later than I’m used to waking up on the weekend. And, two, I was intensely sore, all, as Maud Frickert used to say, over my body. Not a flu sore. Rather, an I’ve-done-something-my body’s-not accustomed-to-doing sore. In this case, diving for softballs. Fortunately, I had a cure. read more