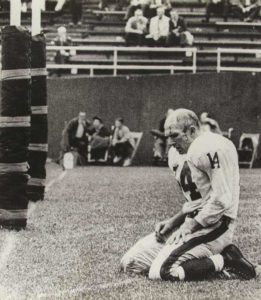 Today, I have a story appearing in both the Charlotte Observer and The News & Observer offering tips for parents of student athletes as the busy falls sports season gets underway. The story focuses primarily on the emotional issues that often arise. Below is a look at the physical side of high school athletics, with information and tips on injuries and injury prevention. read more

Saturday morning I woke up and immediately realized two things: One, I’d slept really well, since it was more than an hour later than I’m used to waking up on the weekend. And, two, I was intensely sore, all, as Maud Frickert used to say, over my body. Not a flu sore. Rather, an I’ve-done-something-my body’s-not accustomed-to-doing sore. In this case, diving for softballs. Fortunately, I had a cure. read more

Note to parents of kids in organized sports and to those of you with kids in middle and high school: Your kids may not be as active as you think.

A study from San Diego State University has found that kids who play softball, baseball or soccer still don’t get their daily recommended allotment of exercise. The government says kids should get at least an hour of good, hard exercise a day; kids in these sports only get about 45 minutes, on average. Of the softball players studied only 2 percent — mostly pitchers and catchers (the only players involved in every play), I’m guessing — got in their 60 minutes. read more