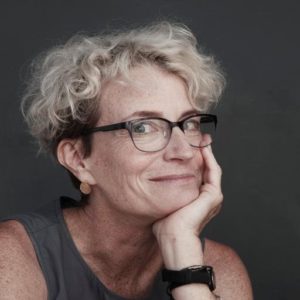 Early on, I made my living as a writer telling readers about places to go and explore. I still do that, but three years ago I thought it might be fun to actually take people to the places I wrote about. That experience has been more rewarding than I could have imagined. In part, that’s because many of the people I take out are my age — 60 — or older

How many fall into this category I can’t say. Though I am curious, I don’t ask age. It has little bearing on what we do, be it a 4-mile hike after work or a 4-day, 40-mile backpack trip in the mountains, and would only serve to suggest that one’s age is somehow relevant. There’s a curious mix of patience, determination and que sera, sera that drives these folks beyond what society at large sees possible — and appropriate — for their demographic, a demographic that as recently as 1970s was more likely to be planning their final destination than their next.

These folks need no convincing that age is a number that seems less real and consequential as the years go by. (I’m 60!? How did that happen?)

If you’re not yet in this camp, allow me to make plans for you Friday night: head to Ninth Street in Durham where Ashton Applewhite will discuss her new book “This Chair Rocks: A Manifesto Against Aging” (which evolved from her 8-year-old blog of the same name).

“This Chair Rocks,” says her web site, “traces Applewhite’s journey from apprehensive boomer to pro-aging radical, and in the process debunks myth after myth about late life.” In March, she told the Washington Post she hopes the book “will transform the way Americans think of aging in the same way ‘The Feminine Mystique’ helped catalyze the women’s movement half a century ago.”

Applewhite, who is 63, got turned on to the topic of aging while working on a book project — she was an editor at the time — about people in their 80s who still worked.

“I started learning about longevity,” she told the Post, “and everything I heard was so much more positive than the common wisdom.” Like the fact there is a “U-curve” for happiness (happiness declines in young adulthood and increases for people over 50), and that only 4 percent of people over 65 live in nursing homes.

Of particular interest, “This Chair Rocks” looks at how our cultural biases against aging originated and looks at how the “medical-industrial complex” contributes to the stigma of aging. (I’m reminded of the time when I was 52 and went to a prominent local orthopedic practice because I’d tweaked my knee. “Your getting old,” said the doc, “better stop running.” Instead, I eventually read “Born to Run.” I’ve been running, happily, since.)

“We have this idea of aging as loss,” Applewhite told the Post, “when it’s really a process of accretion. It’s additives.

“I miss my cartilage,” she adds, “but I really don’t miss anything else.”

Ashton Applewhite in the Triangle

Applewhite will also also be speaking Thursday at 4 p.m. in Fearinging Village in Pittsboro, at Fearrington Cares.