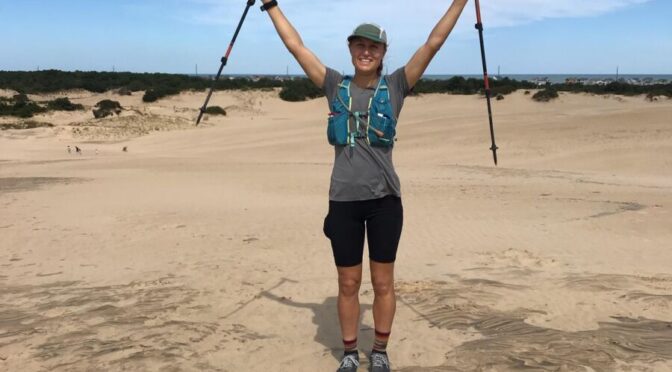 If you thought 2020 put the kibosh on all forms of competition, then you aren’t familiar with FKTs.

Fastest Known Times — that is, the fastest known time that it’s taken someone to cover a stretch of trail. You may be familiar with the concept in terms of a major trail. The AT, for instance, which has seen intense competition over the years to see a new FKT record. The current record, for the 2,189-mile AT, btw, is 41 days, 7 hours and 39 minutes, set in 2018 by Karel Sabbe, a Belgian dentist. Or possibly North Carolina’s 1,175-mile Mountains-to-Sea Trail, which saw a new record set last summer, when Tara Dower ran it in 29 days, 8 hours and 48 minutes.

But those are far from the only trails that boast FKTs, thanks to 2020 and the pandemic. With no trail races to focus their energy on, trail runners by the thousands set out to cover a myriad of trails, from Maine’s 6.5-mile Mount Agamenticus 3 Peaks to Skokie, Illinois’ 9.57-mile Skokie Valley Trail.

FastestKnownTime.com is the official record keeper of all things FKT. In 2020, the site received 14,640 FKT submissions — about 40 per day — from people claiming to have set the FKT record for a given trail, or stretch thereof. The really wacky news? FastestKnownTime.com recently proclaimed 2021 to be the year of the FKT, suggesting that 2020 was a mere warm-up.

To us stop-and-smell-the-roses types, the allure of the FKT may be a bit perplexing. Covering 42 miles per day for more than 29 straight days as Tara Dower (pictured above) did to set her 2020 MST record might have one asking numerous questions, starting with, “When do you have time to sleep?” (Answer: you don’t, much.)

Dower and fellow FKTers Tory Grieves and Kyle Curtin, who last year set the respective female and male record for the 62-mile Pitchell Run (the stretch of the MST between 5,722-foot Mount Pisgah and 6,684-foot Mount Mitchell) shared their stories and perspective at the Friends of the Mountains-to-Sea trail’s annual gathering, this year called the “Ungathering” because it was conducted remotely, via Zoom. The Friends of the Mountains-to-Sea Trail was gracious enough to share the audio of their panel discussion with our GetHiking! Southeast podcast, which you can listen to here.

Where some of the FKTs set in 2020 for trails in the Southeast?

Wondering how these FKTs are verified? You can find that out and get most of your other FKT questions answered at FastestKnownTime.com. Another cool thing you can do on the site: track FKT attempts in progress. Which leads us to wish Craig Millikin best of luck as he attempts to set a new record of the 217.5-mile Ouachita Trail in Oklahoma and Arkansas.

In this week’s podcast, listen to Tara Dower, Tory Grieves and Kyle Curtin share their tales of setting new FKTs on the MST in a rebroadcast of a panel discussion they conducted at the Friends of the Mountains-to-Sea Trail’s annual gathering in March. Catch the podcast here.