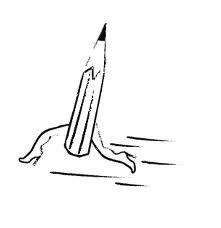 In my life as a guidebook writer, I frequently find myself returning from a scouting expedition and conducting a topopsy. That is, I get out the appropriate topographic map for where I’d been and try to figure where and how I got lost. It’s a helpful exercise. It sheds light on how I might help others avoid making the same mistake. And, to a lesser degree it turns out, helps me avoid making similar mistakes in the future.

Oddly, I’ve never thought about doing this after a race. Or I hadn’t until Charles West sent out a Facebook race report following Saturday’s Uwharrie Mountain Run. The 11-point report was intended to shed light on what he learned during his 10 hours, 46 minutes and 16 seconds running 40 miles of hilly, rocky, rooty trail. He began point #1 by stating his objective for the race — “to log some mileage to prep for Graveyard 100 on March 10th” — and gave a quick assessment: “Any miles whether it was 8, 18, or 40 would have been fine with me. As it turns out I did all 40 with apparently no problems with the knee. It felt like I could have easily done another 20 before I started wondering how far I could REALLY go.”

Ten additional observations analyzing his performance followed. He talked about gear performance: “Gear fail #3: Gloves that are REALLY nice, comfy and warm, but are difficult to take off and put on multiple times.” He talked about nutrition: “ I had the alarm set on my watch for every 20 minutes. DING! Grab the bag-o-cookies and eat. DING! Eat a gel. …” He talked about protecting a balky knee, about paying attention to form, about when it’s not only OK to walk, but a really good idea.

Having done the 20-mile version of UMR, I was especially intrigued by his analysis. Much of it I  agreed with. #3, “Develop a climbing gear,” for instance. “Short, quick steps work magic and don’t wear you out nearly as badly as those lunging long strides going up the side of a fricking mountain.” How true. One or two I didn’t. “ … run or stomp straight THROUGH the creeks,” decreed #9. “Do NOT try to skip along top of the rocks.” Maybe it’s just me, but I hate running/hiking/biking in wet feet. Even damp feet, for me, are a guarantee of blisters. Maybe there’s a secret sock or magic shoe at the root of Charles’ splash-and-dash approach. Or maybe there’s something I’m missing … .

Others found his race analysis helpful as well. Of the 29 comments the post received, many were from fellow UMRers. Amy Martin Scott admitted to a “poor job of #4 (“Fueling”) and had some depressing miles as a result … coke in my nathan pack at mile 31 changed my whole outlook on life.” Mike Walsh, meanwhile, built on #4, noting he made nutritional adjustments based on what his body was telling him: “Going with gels, and less solid foods, because that is what was working.” Karen Martin made a note to pay attention to #6 (paying attention to form) on her next long outing. “At the end of my long runs I know I know I look like a Hunchback,” she commented. “Maybe being more aware of doing something about it will help, thanks.”

Charles’ report drove home the importance of recording a post-event account of one’s performance. Why accumulate the experience of such events if you don’t plan to learn from them? From a competitive standpoint, the post-race report makes as much sense as the training runs that precede it. Yet Charles most salient point, #11, didn’t pertain to performance. It had to do with motivation.

“The Uwharrie National Forest on a cloudy, foggy, rainy, overcast day is a magical place that’ll remind you of why it’s so awesome to be alive and do something epic with incredible people who do things that amaze and inspire you.”

Noted Lauren Beach Wilkins, “Goes back to why we run these things.”

One thought on “A race, a report”