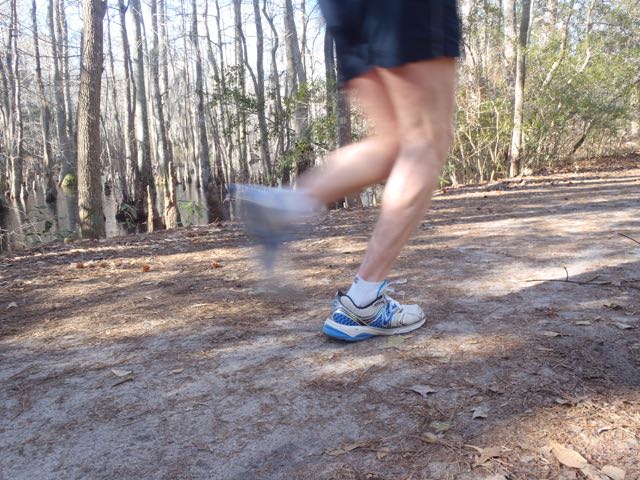 It started as a mellow saunter, progressed to an up-tempo hike, then, on a modest downhill, evolved into a trot. It was one of my first hikes at the Triangle Land Conservancy’s new Brumley Forest property near Hillsborough, and the absence of rocks and tree roots coupled with the gentle flow reminded me of my bygone days of being able to run a 10-minute mile on trail. read more

Here’s an exchange I find myself having surprisingly often.
Other Person: I’ve been trying to find a local hiking [slash-paddling-slash-cycling-slash-climbing-slash-other-favorite-activity-here] club but haven’t had any luck. Are there any?
Me: Have you tried Meetup?
OP: Meetup?
Yes, even today, after 12 years, 14.1 million members, 131,119 Meetup groups and 2.65 million monthly RSVPS (members indicating they plan to attend a Meetup activity) there are still people out there unfamiliar with Meetup.com. In short: Meetup is how people gather to play in the internet age. You want to go on a group hike in Charlotte, you join Outdoor Club South: Charlotte. You want to go kayaking in the Carolinas? Simply join Simply Kayaking. You want to do just about anything and you live in the Triangle? Become one of the 5,392 members of the Triangle Hiking & Outdoors Group: they’ve got 20 events currently scheduled and odds are at least one will tickle your adventure fancy.
Finding a group is easy. Go to Meetup.com, click “Find a Meetup Group,” click on your interest and how far you’re willing to drive, and options will appear. If they don’t, if there’s not a group that does what you want to do, start one.
To give you an idea of what’s out there, here’s a list of the 17 Meetup groups I belong to. Click, see what they do, where they go and who they are. Like what they’re about? Click one more time and become a member.
It’s that easy. read more

When I started running in the late 1970s, I would find a shoe, run it into the ground in six months, head back to my local Phidippides to buy another pair — and discover the manufacturer either no longer made that shoe or had drastically altered it to the point that a shoe that recently fit a short, wide foot now only accommodated a sleek Cinderella. It would take me three or four more six-month cycles to find another Mr. Right Fit — and six months later that shoe was likewise gone. I still remember the sales guy trying to console me after breaking the news that my beloved Saucony Jazz had changed and was no longer right for me. read more