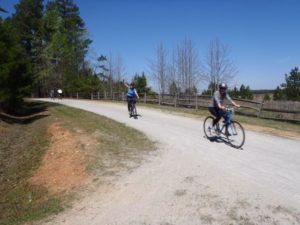 Usually when I get to speak to a group of active types, I end up learning more than the folks who came to hear me. Such was the case last night, when I got the opportunity to speak to the North Carolina Bicycle Club at their August meeting. I spoke about greenways, the people I spoke to spoke to me about, among other things:

But then I already knew that.

One thought on “Learning from the audience”