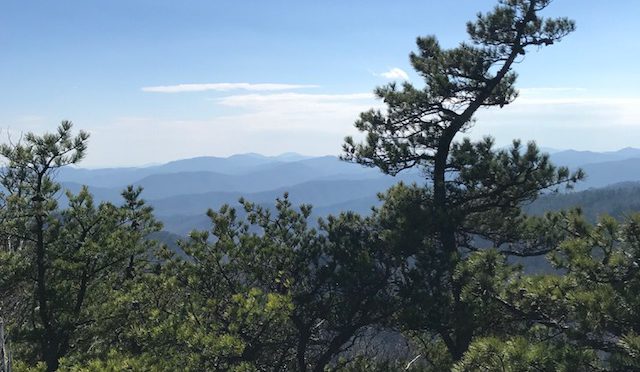 “You’re hiking where? I’ve never heard of that trail.”

It’s one of our favorite things to hear, because it means we’re meeting one of our key goals: leading you into the unknown. Sure, we hike a lot of trails more than once, and for good reason: they’re worth it. Our Charlotte group goes to South Mountains State Park regularly, our Charlottesville crew loves the Jones Run/Doyles River Circuit in the Shenandoah National Park. And with 120 miles of the Mountains-to-Sea Trail running through the Triangle, I’ve lead a goodly number of hikes on the statewide path along the Eno River and the south shore of Falls Lake.

But it’s the new discoveries most hikers really love.

“Show of hands,” I said at the beginning of a recent hike at the Shallow Ford Natural Area north of Burlington: “How many of you have hiked here before?”

None of the eight hikers raised a hand.

Ditto a recent after-work hike at the two-year-old Brumley Nature Preserve in Chapel Hill, at Little River Regional Park on the Durham/Orange county line, and on the Great Blue Heron Loop Trail at Haw River State Park’s Iron Ore Belt Access area. Some of these gems are new, some simply off the beaten path. We’re constantly on the lookout for both.

This week, we thought we would highlight a few upcoming adventures to places that may be new to you.

Interested in expanding your adventure horizons? Find more information on each adventure in the links below and join us.

Learn more about the new places we’ll be exploring by clicking on the links below.