I want to, I just don’t have time.
Too often we put off a good time because we don’t have a good grasp of time. Between work, the yard, that jar of pennies that needs marshaling into sleeves … . Who has the time?
We’re not suggesting you’d rather spend an afternoon arranging metal portraits of Abe Lincoln, but isn’t that something you could do in the evening during some binge TV?
Truth is, you likely have the time — you just need some direction regarding how to best use it. You need someone who’s likewise strapped and has refused to say no to adventure.
You need Quick Escapes.
Quick Escapes is a new, occasional GetGoingNC feature that helps you find time in your busy schedule for adventure by streamlining the process. We propose an adventure you don’t think you have time for, then show you that you do. read more 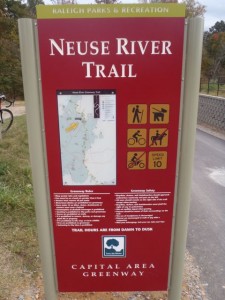 When I wrote “Backpacking North Carolina” and “100 Classic Hikes in North Carolina,” I focused on loop trips and hikes whenever possible. The reason? Simple: Shuttles are a pain.

For the traditional shuttle you need two cars; you can’t do a point-to-point solo. If there are just two of you, you both have to drive. That’s not only a waste of gas, it eliminates catch-up time on the drive (not that you won’t be talking on the trail). Setting up a shuttle also eats into valuable hiking time. And what if something happens to the shuttle car or driver? In November, four of us were hiking the Mountains-to-Sea Trail west of Mount Pisgah. As the trail crossed the Blue Ridge Parkway, one of our party suddenly decided he was through. He flagged a passing car and before we knew it he disappeared down the road — to his/our shuttle car at trails’ end. Now what? read more