February is a great time for runners to establish a baseline. Perhaps you’ve been training for month now, you’re eager to see where you are, where you need to be. That said, we present three great options to do just that, with either a trail run at the coast, a greenway run in the Piedmont, or a road race in the mountains. read more 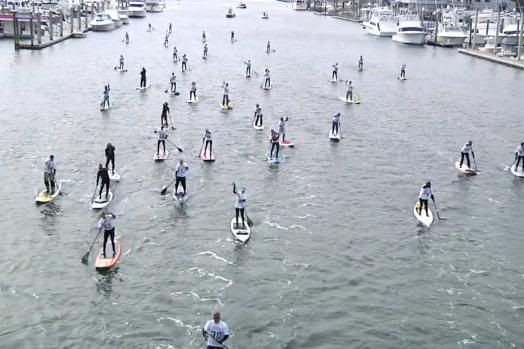 The standup paddlers takes to the chilly waters of the Intracoastal Waterway, runners take to the trails of the National Whitewater Center, and nature lovers learn a thing or two at Grandfather Mountain. There may be a little rain in the forecast, but that’s no reason to stay inside on an active North Carolina weekend. read more 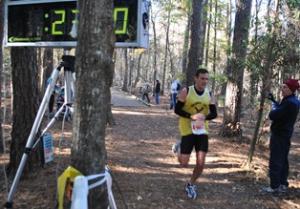 It’s Thanksgiving weekend! Take the time for a trail trot at the coast, a mountain summit in the Piedmont, or bushwhacking your way through the Pisgah National Forest near Brevard.

When I get lost on a hike, the first thing I like to do when I get home is dig out the appropriate USGS map and figure where I went wrong. I call the exercise a topopsy. Similarly, after a race I like to take a few minutes to figure out what went right and what didn’t. Thus, a few minutes looking back at Saturday’s River Bound 15K at the National Whitewater Center in Charlotte. read more

It’s a big weekend in North Carolina for runs, especially those of the trail variety.

One thing runners love about trail races is that natural surface trails are easier on the body, especially everything from the waist down. One thing runners aren’t always crazy about: the races tend to be in hilly areas where the prospects of a PR are slim. That’s not an issue with Saturday’s Roanoke Canal Half Marathon & 8K, with follows the historic, flat and natural surface Roanoke Canal Trail. Promises event organizer the Tar River Running Company: “It is honestly a course that is waiting for you to set a PR.” Also recommending the race is the great scenery, both natural and human: the trail takes in the Roanoke River and several lakes, crosses an aqueduct dating to the 1800s, and passes the remains of an old power generation plant. Lots of distractions. read more