The weather appears cooperative this weekend for a variety of pursuits, from stargazing to paddling to pedaling.

Among the coastal plains numerous outdoors attributes: less light pollution. That’s especially groovy if you like stargazing. If you’re not sure you like stargazing, find out Saturday evening at Cliffs of the Neuse State Park when park rangers encourage you to spread out on a blanket and learn the constellations and others things astronomical. read more 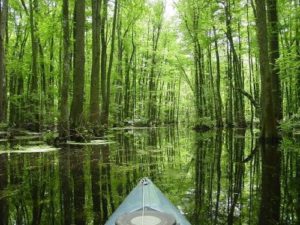 The three-day Memorial Day weekend kicks off the summer season. Kick it off early at the coast with a paddle down the Black River; kick it off with a rare, on-the-water look at a millpond; kick it off with three days of adventure kicks in Asheville. All are guaranteed to make it a memorable weekend. read more