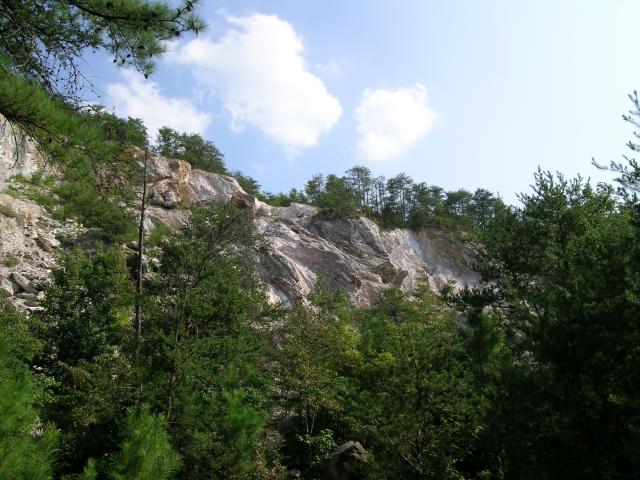 It has been warm of late. Hot, even. And humid. Boy, has it been humid. But there’s nothing like working up a good sweat, is there? Even if you’re just dashing to your car to go to the store.

Well savor it while you can, people, because it won’t be summer forever! The fall equinox is just 40 days off, and Labor Day, the emotional start of fall, is just 24 days away. So take advantage of the heat while you can. This weekend, for instance: read more

The heat, as Glenn Frey once declared, is on. Temperatures this weekend could hit triple digits, meaning one of two things for the outdoor inclined: play on the water or play during the cool of the night.

This weekend may finally solve the dilemma of how to get your kid off the couch and into wild. It’s also a great time to celebrate Mountains-to-Sea Trail Month, and a good time as well to indulge the many recreational opportunities of Lake James State Park. read more

Scott Carpenter has a vision that may seem myopic at first. Hear him out, though, and your adventurous self can easily see what he’s talking about.

Carpenter’s vision is this: Lake James, the 6,800-acre lake currently best known as the gateway to other adventurous places (Linville Gorge, Wilson Creek, the Pisgah National Forest) is the next Nantahala Outdoor Center, an all-encompassing outdoor playground that’s day-tripable from North Carolina’s major population centers: Charlotte, the Triad, the Triangle.
Carpenter is Deputy County Manager and Planning Director for Burke County, in which Lake James and its associated state park reside. Burke County, like many mountain counties, is dealing with a changing economy that must figure out how to rely less on manufacturing and more on … .
“Tourism,” answers Carpenter.
The ultimate goal, says Carpenter, is to lure an NOC-type outfitter to the region to help exploit the local recreational resources. Chances are, if you see the Lake James exit on I-40 as little more than a sign that you’re almost to where the fun starts, you’re scratching your head: What can I do at Lake James that doesn’t read more

The weather appears cooperative this weekend for a variety of pursuits, from stargazing to paddling to pedaling.

Among the coastal plains numerous outdoors attributes: less light pollution. That’s especially groovy if you like stargazing. If you’re not sure you like stargazing, find out Saturday evening at Cliffs of the Neuse State Park when park rangers encourage you to spread out on a blanket and learn the constellations and others things astronomical. read more