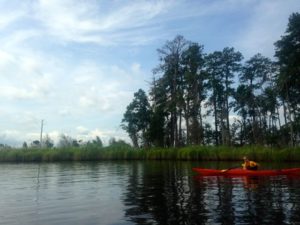 Basically, get out and do something this weekend. No options is not an option.

Since moving to the state 22 years ago, we’ve been especially intrigued by the opportunities for adventure in Eastern North Carolina. Unfortunately, our curiosity has not been matched by action. read more

I’ve been spending a lot of time along the Blue Ridge Parkway of late, exploring the Mountains-to-Sea Trail. I’d be spending even more time if the Parkway facilities, specifically the campgrounds, were open. Which they soon will be.

The National Park Service has announced 2012 opening dates for their seasonal facilities along the Parkway. I’m finding them useful for trip planning, figured you might, too. Here are some key locations for the pedestrian explorer, when they open and some thoughts for how these locations might play into your plans. For locations, go here for a Parkway map. read more