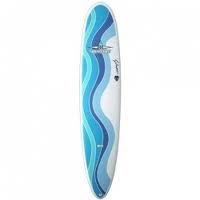 Surf while you can, don’t pass up a good shower, and there’s a trail run in the mountains — somewhere.

A regret that needles at me seven years after the fact: Standing on a pier in Kaanapali on Maui watching a beginner surf lesson and not ponying up the $25 or whatever to take the lesson myself. I can still see people far less athletic than I bounding atop the long, spongy beginner boards and riding two-foot swells that went on forever. Looks like fun, I kept telling myself. That bit of melancholy leads to today’s weekend suggestion for the coast … read more 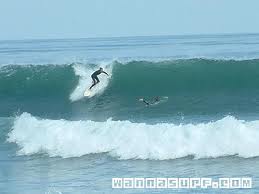 At the coast, fulfill a lifelong dream (learn to surf), in the Piedmont run a rare 5K trail run, in the mountains, take a guided hike atop Grandfather Mountain.

Looking for a summer challenge? Learn to surf. Carolina Surf School offers “Public Group Surfing Lessons” twice a day at Wrightsville Beach, mornings from 8-10 a.m. afternoons from 4-6 p.m. “Learn surf board positioning, paddling, safety, etiquette and how to stand up and fall properly.” Falling with style — isn’t that what it’s all about? read more

Ward off the post Labor Day weekend blues with a little action this weekend.

Technically, the summer beach season ends Labor Day. At least that’s what the masses think. In fact, with the masses thinking that and the water temperature still summer-friendly (84.2 degrees as of this afternoon at Wrightsville Beach) it’s hard to imagine a better time to hit the coast: All you need is a reason. Saturday’s 9th Annual Longboard Classic, perhaps? You don’t actually need to compete on your Supertanker (12-feet plus in length), one of 11 categories of competition, you just come on out to the north end of Wrightsville Beach (Beach Access #4), wear your suit, wade in and enjoy the action. The action begins at 8:30 a.m. read more

We’re down to our last month of summer before the ceremonial start of fall come Labor Day. Get out and make the most of what’s left of the season.

Two weeks ago we suggested you check out the 6th Annual Reef/Sweetwater Pro-Am Surf Fest at Wrightsville Beach. If you did, we’re guessing you were intrigued by the thought of riding the waves on a long board. Intrigued, but perhaps at a loss as to how to take the first step toward participating in 7th Annual Reef/Sweetwater Pro-Am Surf Fest. Step 1: Enroll in surf camp, specifically the “Get Stoked Surf Camp” offered by Hot Wax Surf Shop in Emerald Isle. The 2-hour class begins at 8 a.m. and includes surfboard rental; all you need to bring are some cool surfing shorts (and water and sunscreen and a rash guard). $70. read more