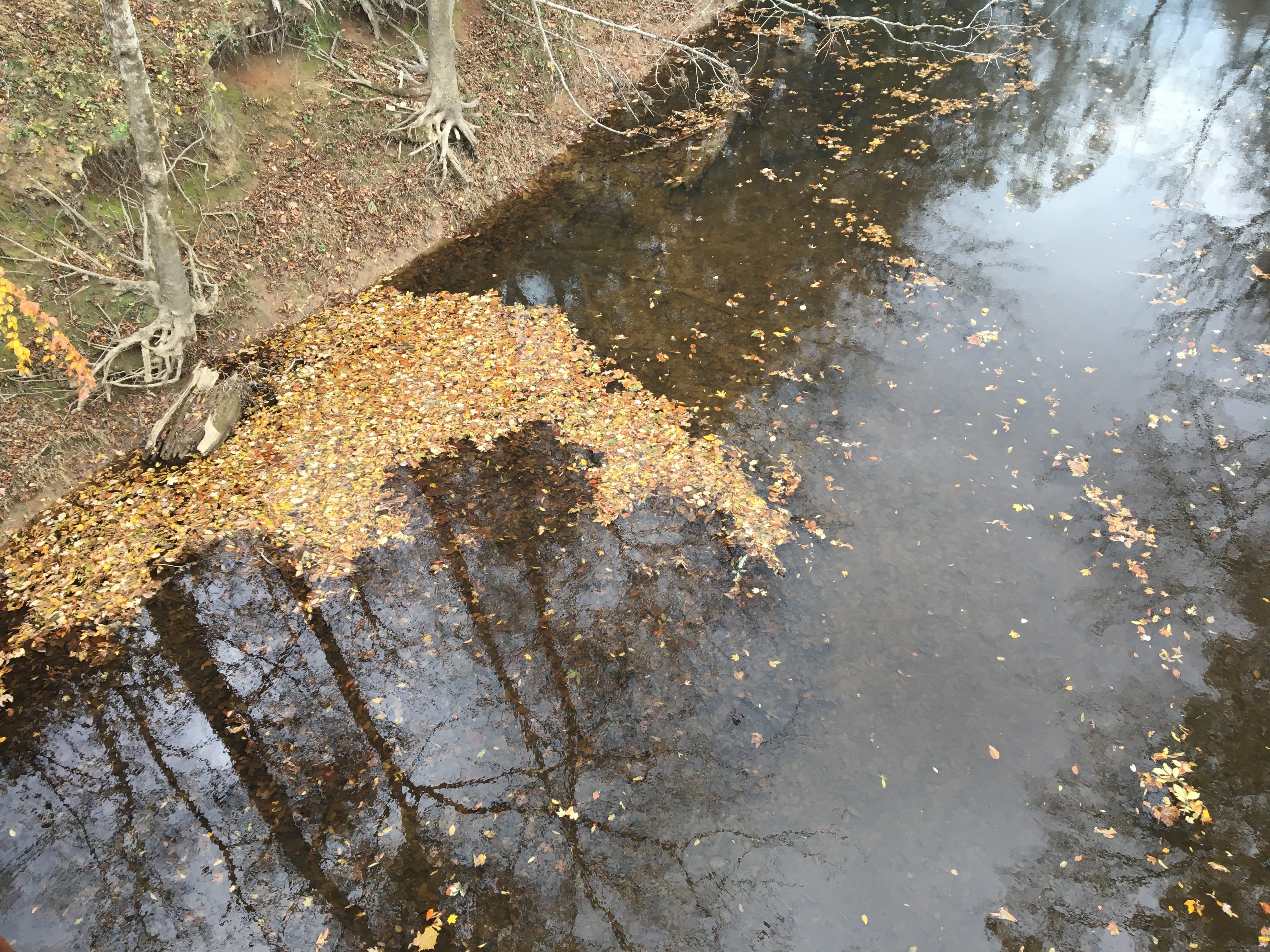 When I was in my late 20s, I worked as a technical writer for a military contractor. I liked the work; trouble was, because it was a military contract, there were long stretches where there was no work to be done while we awaited approvals.

Oddly, it was one of the most stressful jobs I’ve had, the stress of having to look busy being much worse than actually being busy. To maintain my sanity, I would take advantage of my lunch hour (a true lunch hour, a corporate relic of the 20th century) and drive to a nearby park where I would read, walk, explore. I’m positive those hour-long escapes allowed me to survive a year of “not working.”

Three decades and I find myself again employing these hour-long escapes to save my sanity from quite the opposite situation. Year-end deadlines, planning for 2017, and dealing with the demands of the holidays all demand that I carve out an hour of mid-day outside time to keep my wits.

A whole hour!? In the middle of the workday — at this time of year!?!?

It does seem counterintuitive. But think about how you’re often feeling around noon. Sluggish, like you need a nap. Instead, you go out for lunch, after which you feel even more in need of curling up under your desk. How much are you getting done if that’s the case?

Exercise, according to research cited by WebMD.com, is the perfect antidote to fatigue.

Exercise in the outdoors carries with it an extra boost of energy: the positive effects of being outdoors are well documented, from improving your outlook (I’ll never get everything done” to “If I do this and this and this … I might just make it”) to improving focus (“Squirrel!”).

Here’s what I do. First, I called up Google Maps and searched for green spots near my Durham office. I was hoping to not have to drive more than 10 minutes (20 minutes roundtrip, or a third of my allotted hour); as luck would have it, I identified four escapes within 5 minutes of my Durham office: Hollow Rock Nature Park, Sandy Creek Park, Duke’s Al Buehler Cross-Country Trail, and a half dozen access points to Duke Forest off NC 751. Ten minutes of driving, leaving 50 to lose myself in these embedded urban escapes.

Each escape varies. At Al Buehler, I typically run (my 50-minute window allows the luxury of walking when the urge hits). Sandy Creek (located atop an old sewage treatment plant site) is better suited to meandering and getting lost in microscopic observations. Hollow Rock’s mile-and-a-half of trail is perfect for a non-hurried, 50-minute, stop-and-smell-the-whatever-that-is stroll. Duke Forest is yet-to-be-explored: the forest is closed to the public Monday through Friday for deer hunting through Dec. 16.

Not that I’m bound to the above regimens. One day last week I hiked perhaps a quarter of a mile to a large outcrop overlooking New Hope Creek. The sky was mostly blue, and while there was a chill in the air, the sun warmed the exposed the rock. I settled in for a thought-free half hour of watching the creek slowly meander by.

Maybe you can’t carve out an hour every day. If you can only do it once or twice a week, take advantage. Just knowing the life preserve is out there is sometimes enough.