We head into the wayback machine again to revisit the timely topic of trail etiquette. The following first appeared here on March 19, 2010. It reappears today, with minor revisions.

Sunday, I was running the bike and bridle trail at Umstead when I came upon a sizable obstacle: a phalanx of hikers bearing backpacks spanned the width of the trail, spilling over onto the shoulders. The trail is quiet generous, a converted fire road that should be capable of handling boatloads of trail users without conflict. Provided those trail users are cognizant of other trail users. Which brings us to today’s topic: read more

Saturday sees a return to seasonable temperatures and sun, suitable for a day of adventure. Sunday … not so much. Unless you’re going skiing, check out our Saturday recommendations.

One of the big struggles of modern parenting is motivating our kids to move. Back in the day, it was no problem: you could stay inside and watch one of the four channels (three of which were airing mom’s soaps) on the Zenith, or you could go outside and get into mischief. Nearly all of us went the mischief route. read more 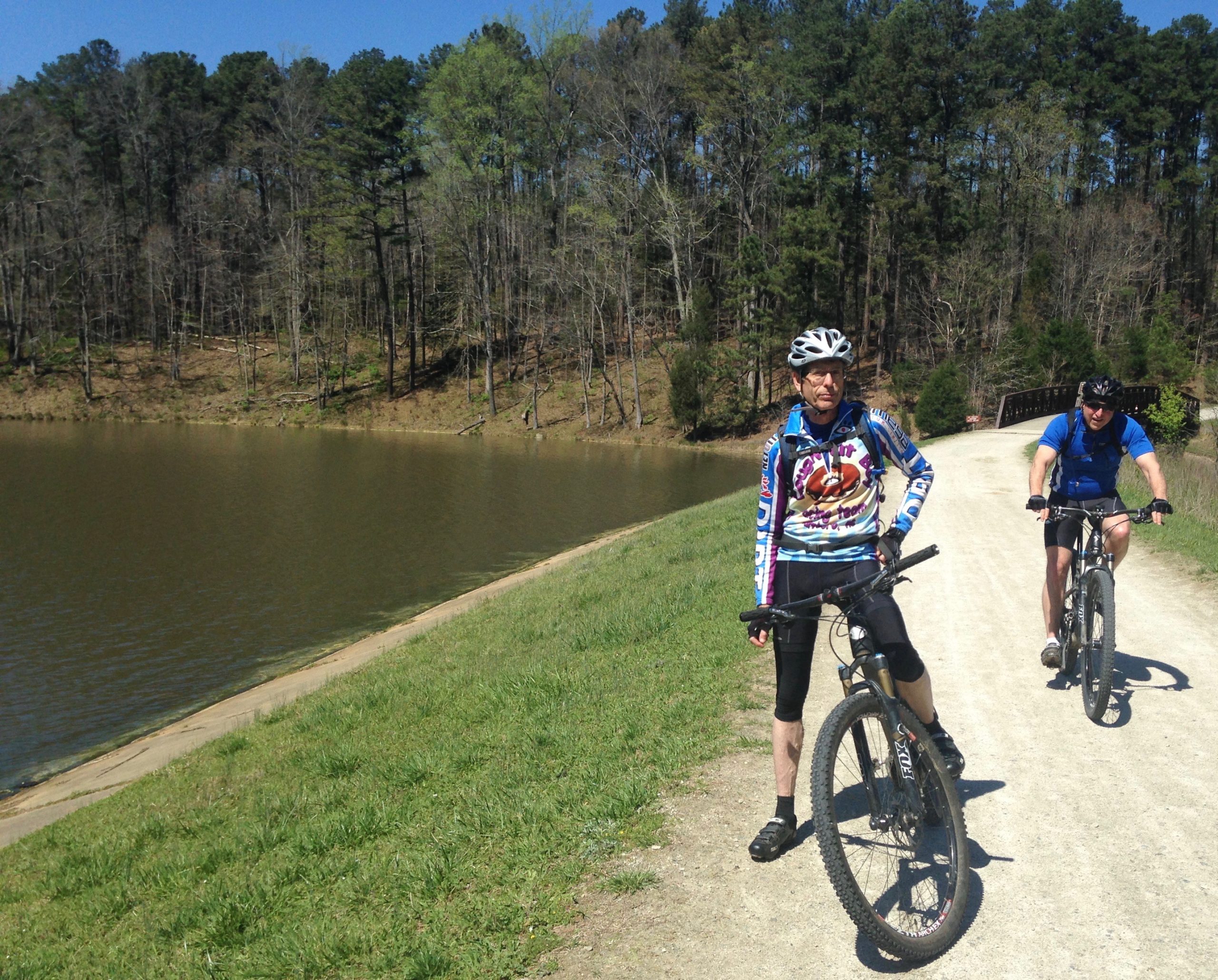 Several years ago, when Keith Nealson was a ranger at Umstead State Park, I nearly had him talked into a canoe trip down Crabtree Creek through the park. Alas, he transferred (he’s now the superintendent of Eno River State Park) and the trip never advanced beyond talk. read more

Scott Carpenter has a vision that may seem myopic at first. Hear him out, though, and your adventurous self can easily see what he’s talking about.

Carpenter’s vision is this: Lake James, the 6,800-acre lake currently best known as the gateway to other adventurous places (Linville Gorge, Wilson Creek, the Pisgah National Forest) is the next Nantahala Outdoor Center, an all-encompassing outdoor playground that’s day-tripable from North Carolina’s major population centers: Charlotte, the Triad, the Triangle.
Carpenter is Deputy County Manager and Planning Director for Burke County, in which Lake James and its associated state park reside. Burke County, like many mountain counties, is dealing with a changing economy that must figure out how to rely less on manufacturing and more on … .
“Tourism,” answers Carpenter.
The ultimate goal, says Carpenter, is to lure an NOC-type outfitter to the region to help exploit the local recreational resources. Chances are, if you see the Lake James exit on I-40 as little more than a sign that you’re almost to where the fun starts, you’re scratching your head: What can I do at Lake James that doesn’t read more