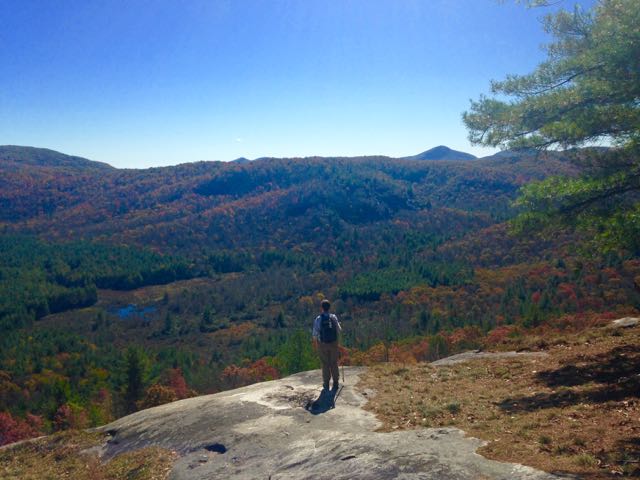 Ten years ago, we ran a weekly series of posts called “Hikes You Can Do.” They were hikes across the state, seven in all, that weren’t long (though some included longer options), that weren’t necessarily strenuous (but would still get your heartbeat up), and that just about anybody could do.  read more

Monday — never an easy time for the outdoors enthusiast. After a weekend of adventure, returning to the humdrum work-a-day world can make one melancholy. To help ease the transition, every Monday we feature a 90 Second Escape — essentially, a 90-second video of a place you’d probably rather be: a trail, a park, a greenway, a lake … anywhere as long as it’s not under a fluorescent bulb.

Today’s 90-Second Escape: Giving Thanks (for time in the woods).

Black Friday? How about Burnt Orange Saturday. Why spend the weekend in crowded mall when you can take advantage of some of the best hiking weather of the year, over Thanksgiving  weekend? For those of you dope slapping yourselves in the head right about now, worry not, we’ve got you covered.

Here’s 90 seconds of what you missed while you were banging elbows with the other crazies at Mart o’ Wal. 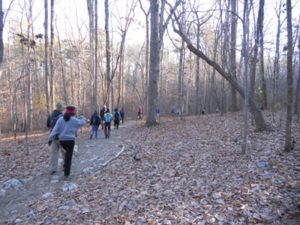 If you’re looking for a time of year that’s hardest on your body, you’d be hard-pressed to beat the one that kicked off with pants-unbuckling Thanksgiving and ends with a cold pack on your head New Year’s Day. Think about the damage alone done by the one-two punch of Thanksgiving and Black Friday.

Thanksgiving: overeating. Estimates place the typical holiday meal at 3,000-plus calories, or closing in on twice the recommended daily calorie intake for the average person. And that’s just for the main meal; in the case of Thanksgiving you can nearly double that amount if you throw in the follow-up leftover meals that will be consumed by day’s end.

Black Friday: stress. First, there’s the business of consuming nearly 6,000 calories on Thanksgiving, then heading out at midnight to elbow your way to the $2 waffle irons table. Add to that your wacko fellow shoppers — a female shopper at a California Walmart used pepper spray to keep her competitors at bay — and you’ve pretty much taken 10 years off your life with those two days alone. And the bulk of the holiday season remains.

You want a truly happy holidays, or at least a holiday season that won’t do you in? Then you need to do something that helps you deal with both overeating and stress. Lucky for you that some thing is one thing:

Going for a walk.

Walking is the nation’s most popular form of exercise. According to the National Sporting Goods Association, 95.8 million Americans walked for exercise in 2010 (exercising with equipment was a distant second, with 55.3 million participants). There’s good reason for this: most people can walk, it doesn’t require special equipment, you can do it spontaneously, out your front door, so it can be done quickly.

There’s more reasons to walk. According to the Mayo Clinic, walking can: 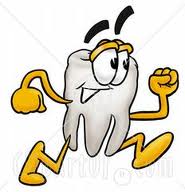 I was reclining in the endodontist’s chair yesterday afternoon, my mouth going mercifully numb, awaiting a surprise root canal and eavesdropping.

“Did you get lunch?” one dental hygienest asked the other.

“No,” answered the second. “I bought a dress that’s a size too small and, well … .” She went on to explain that she’d bought if for an event on Friday — the day after Thanksgiving.

“ ‘at’s a-mer-a-ble,” I said sounding like Foster Brooks but sincere in my appreciation of her optimism.  “A dresh a shize too shmall before ‘hankshgiving. ”

Health and fitness writer guy kicked in and I suggested that first thing Thursday morning she should run 10 miles because, curiously, exercise can act as an appetite suppressant.

She looked at me skeptically, not so much about the appetite suppressant but about the running 10 miles part.

“Or at leash go for a long walkh,” I offered.

For years now, I’ve either gone for a long run or a long ride Thanksgiving morning. This spurt of endurance exercise usually moderates my T-day intake, and when it doesn’t, it at least assuages my guilt over the remainder of the day. The trick can be convincing yourself, on a holiday, to rise early for a solitary workout. This trick can be accomplished with some help, from the assortment of organized rides and runs offered.

In running circles, Thanksgiving is especially well-known for the trots — the Turkey Trots, of which the website Running.net lists 11 this Thanksgiving in North Carolina. They are: