There’s no time like Thanksgiving break to get moving. So … get moving!

This sounds pretty awesome. Head out to Jockey’s Ridge on Saturday, hike, cavort in the sand, explore. Then, at 4 p.m. get out your kite, get out those extra Christmas lights and that super long extension cord, and participate in Kitty Hawk Kites’ Kites with Lights celebration. Watch folks experienced in doing this kind of thing — including someone with a 19-foot delta kite — light up the night in zig-zag fashion. Extra enticement: Free hot cider, free cookies. read more

A good looking weekend is on tap across North Carolina. Our thoughts on how to make the most of it include a trip to the coast, where some of the best hang gliders around will be circling Jockey’s Ridge; an excursion into the Piedmont, where they’ll be celebrating another milestone for the Mountains-to-Sea Trail; and a visit to the high country where they’re doing what you do when the spring wildflowers start to pop: you go for a hike. read more 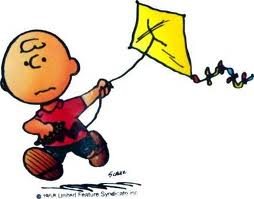 Fly like an eagle, run like an alligator’s nipping at your heels, go somewhere where you might need a — be still my heart — jacket! It’s all on North Carolina’s busy agenda this weekend.

Coast
Flying like a bird: it should be on your life’s to-do list, and since it’s there, why not knock it off this weekend? Kitty Hawk Kites has taught more than 300,000 people to hang glide off the dunes at Jockey’s Ridge State Park, and as far as we know they’ve all landed (though we know of at least one — ahem — who didn’t necessarily land on his feet). It’s surprisingly easy and even more fun than the birds make it look. An hour of classroom instruction, then two on the dunes soaring up to 100 yards and getting as high as 15 feet (it doesn’t sound high until you’re up there). The laws of aerodynamics dictate that you must weigh no less than 75 pounds, no more than 225. $99 read more