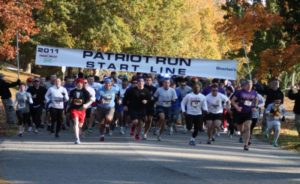 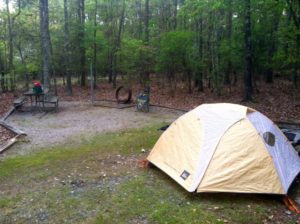 There are times when you flat-out need to sleep in a tent but don’t have time to get out of town.
Like when the first warm days of the year present themselves and you realize it’s been … how long since you’ve been camping?
Or when you realize the kids have been hibernating behind their screens all winter and need some fresh air.
Or when you’ve had it with work and need to be as far from any electronic reminders of civilization as possible.
Times that you need to be encased in ripstop nylon but don’t have time to be encased in steel, glass and plastic to get there.
For those times, you have your local campground.
You might be surprised at how close the nearest campground is. In the Triangle, for instance, between Jordan Lake and Falls Lake alone, there are more than 1,300 campsites at six campgrounds. And the Triangle is not unique. Charlotte, Greenville, the Triad and Wilmington all have camping opportunities within their city limits.
In our ongoing collaboration with Great Outdoor Provision Co., we have identified five top campgrounds in each of the outdoor retailer’s seven markets (Chapel Hill, Charlotte, Greensboro, Greenville, Raleigh, Wilmington and Winston-Salem). We’ve compiled everything you need to know — from location (down to the latitude and longitude) to number and type of campsites to cost to what activities you can do nearby — to plan a quick trip.
You can find the information in one of two places. read more 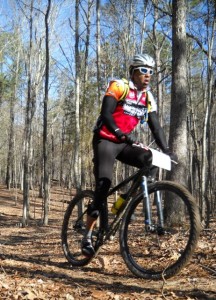