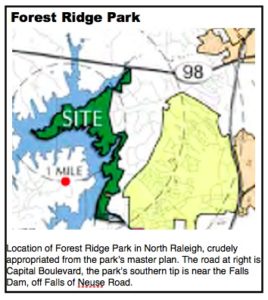 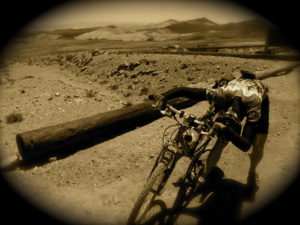 Allen and I ride one morning a week at Umstead. It’s typically a mildly competitive ride where we save just enough air to chat about bikes (lot’s of debate about whether to go the 29er route), rides (mountain centuries that Allen does and I talk about), juicing (Allen is obsessed with making fresh OJ). And, occasionally, why we suck. read more

It’s one of the cheapest recreation deals going: for as little as $5 an hour you can captain your own ship on any number of waterways throughout North Carolina. These bargain basement deals are offered at various county, municipal and state parks throughout the state. read more

In the 1990s,  the 2.3-mile Black Creek Greenway — running from Lake Crabtree south to West Dynasty Drive — was the crown jewel of Triangle greenways. Today, the still-popular greenway has expanded to nearly its entire, planned 7-plus-mile length. A crucial 1.4-mile connection earlier this month from Chapel Hill Road at NW Maynard Street to SW Maynard near High House Road means there’s only about a half mile of uncompleted trail, and that stretch is easily circumvented, for now, with sidewalks and neighborhood streets. read more